The workshops at Joe Val fill up early and many are left standing outside the rooms hoping to get a spot. Here Frank Wakefield gives pointers along with humorous tales of his long and notable career 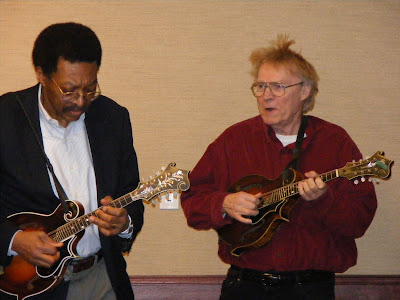 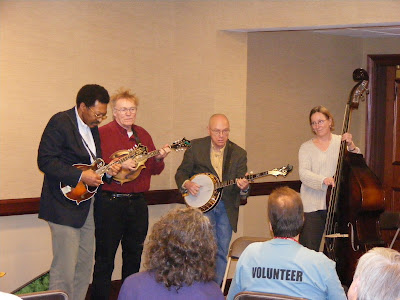 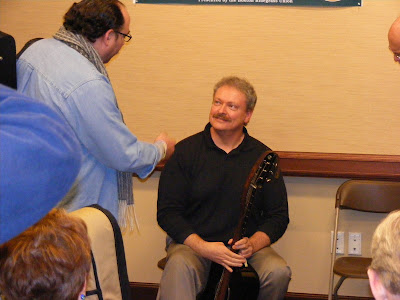 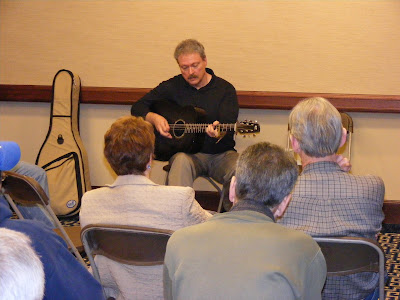 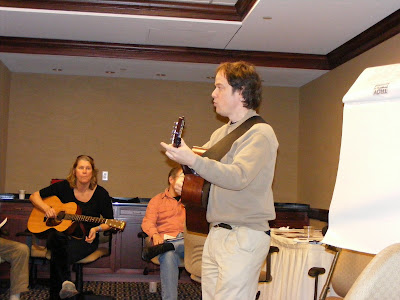 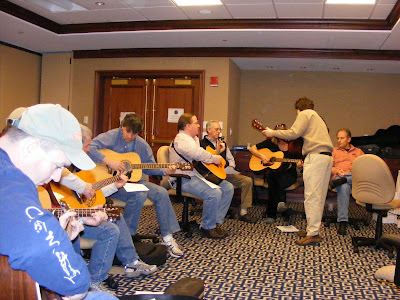 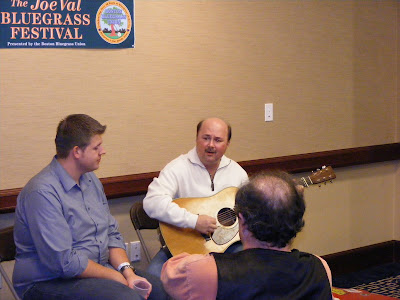 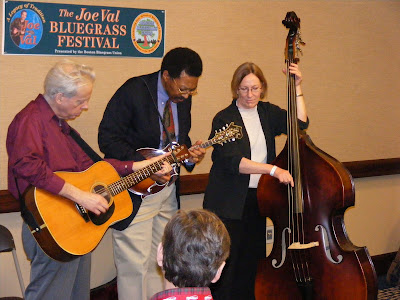 Rich Stillman shares his knowledge with some dedicated students 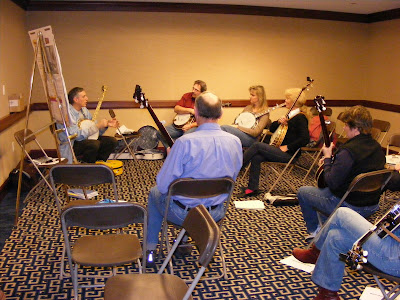 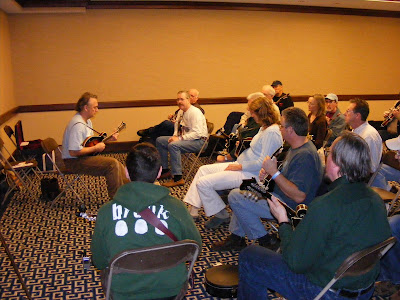 Michael Cleveland mesmerizes the class with his superb playing 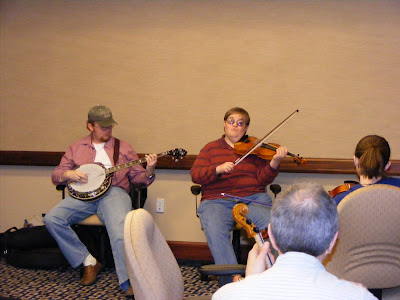 Posted by Jack Holland at 8:32 PM No comments:

There’s been much talk, lately, about the demise of the Bluegrass Now magazine which had published news and reviews of bluegrass artists, promoters and the like for eighteen years or so. Much of the blame for the lack of financial success, has been laid on the fans of the music who failed to support the magazine, and of course you have to sell subscriptions to stay viable But it seems to me there were just too many magazines about bluegrass music. The fan base for bluegrass is small, too small to support several magazines reporting on the same touring artists and festivals especially with competition from the internet based discussion boards and blogs where you can read about just everything that’s going on in the genre.

Another area on shaky ground is live performances. Too many promoters are losing their shirts trying to provide good bluegrass music to fans that just will not come out and support it. In recent months I have traveled to shows featuring top national bands like Del McCoury, Dan Paisley, New Found Road and others who performed to small audiences much less than anticipated by the promoter prompting one to say he’d " probably not do this again." If fans continue to stay at home rather than support the music there will be few willing to risk their resources in promoting live bluegrass? At one point I took a chance and produced one event with a regional band of good quality. I exhausted myself advertising the event in several towns, in print and on the radio and on internet bluegrass lists only to be disappointed by the turnout. I ended up using several hundred dollars of my own money to fulfill my obligations. Would I do it again? Not likely.

Below, Dan Paisley and Southern Grass perform at a well attended festival, unfortunately, at a venue in Massachusetts, the turnout for Dan was not enough for the promoter to break even 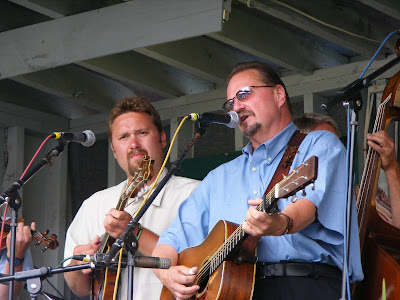 My one attempt at promoting live bluegrass was not a success and caused me to cut short my promoting career. However, should I come into a hefty inheritance I would restart my career even if it lost money just to expose people to this wonderful music 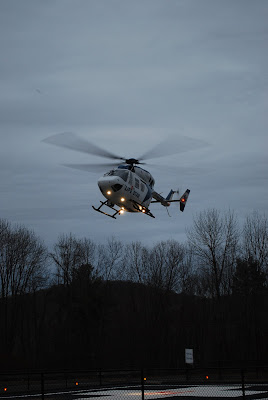 Life Star airlifting my checkbook to a Critical Care facility

PEACE TO ALL IN THE BLUEGRASS COMMUNITY
Posted by Jack Holland at 2:38 PM No comments: