Recently some long time bluegrass fans spoke of how it sometimes grows tiresome listening to traditional songs and tunes done over and over by band after band and how their interest and excitement grow only when they hear original music or when a band puts a purely different spin on older material, changing it, making it their own or even playing it in such a way as to make it a stretch to call it bluegrass. Well that’s all right with me. If it’s played well and shows off a band’s talents and abilities I find it all enjoyable.
But don’t think that if you sing and pick the old tunes in the way it was done in the early days of bluegrass that you can’t find an audience. Indeed, last night at the Killingly Grange Hall the opposite was true, a packed house heard two of the genuinely traditional bluegrass bands, Nick Anderson and Shady Creek and the Hemingway Brothers give it their all. Judging from the crowd reaction, the loud cheers, and generous applause and calls for “one more” I’d say traditional bluegrass is still in demand if it is delivered in an honest, heartfelt way.
And that was the case at the Grange in Killingly, CT. The Hemingway Brothers performed the old tunes in the style of the first generation bluegrassers, high energy, fast tempo, good harmony and great instrumental breaks. Add some "downeast humor" and it resulted in a fine set by the band from central Maine. 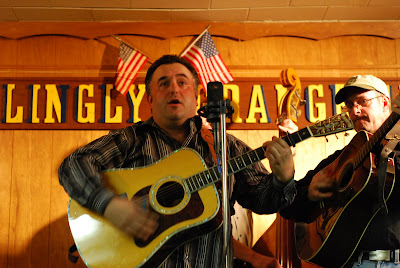 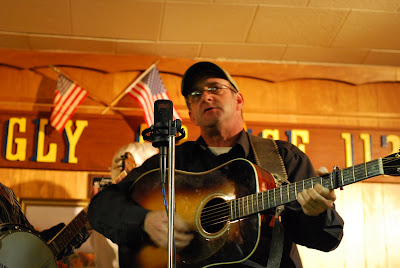 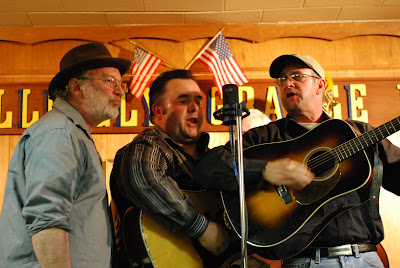 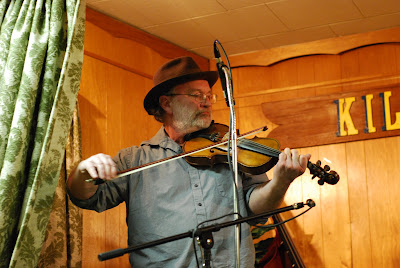 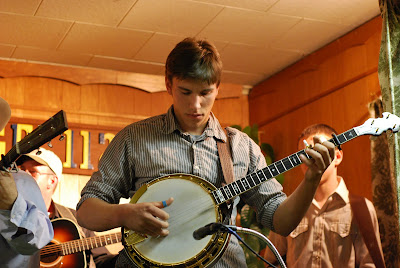 Hunter Webber, at seventeen, has become a proficient picker on both banjo and guitar, his crosspicking guitar playing adds interest to the band sound. 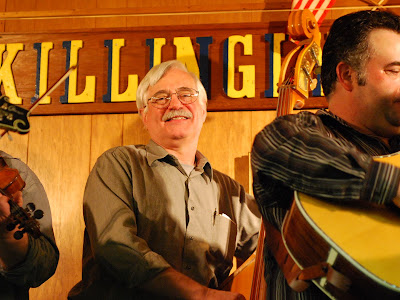 The Shady Creek Band, fronted by Nick Anderson is the host band for the Killingly,Ct. Grange concert series and play a large part in the popularity of the series. Always hard core bluegrass and high energy presentation. With three young people in the lineup it's added freshness and the audience has been able to watch them grow as musicians and performers. They have progressed dramatically in the short time they've been together, they seem real comfortable in their roles and their music has benefited from that. 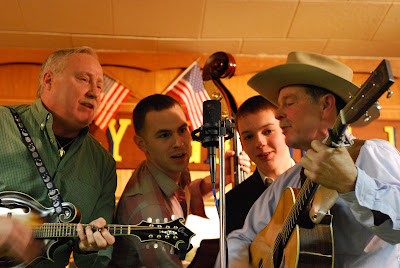 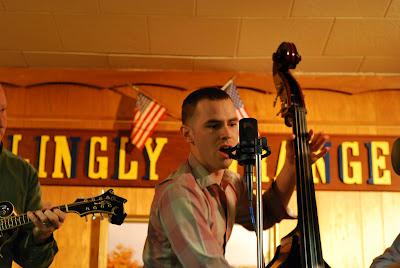 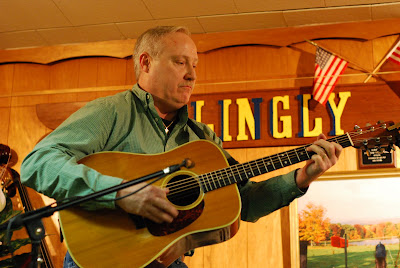 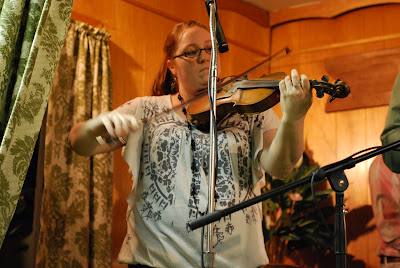 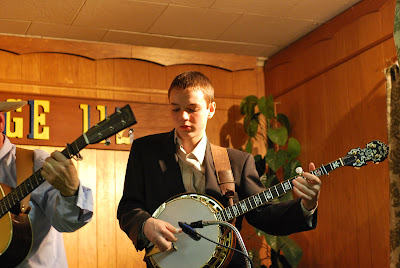 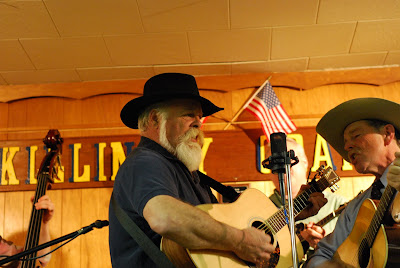 Fred Etheridge joined Nick for a gospel duet. Fred has played with "Sam Tidwell and Friends" as well as the PineCreek Band. 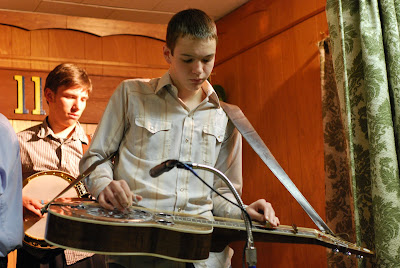 After three hours of music the audience clamored for more, so the two bands combined for another set and had the place jumping till the lights went out. 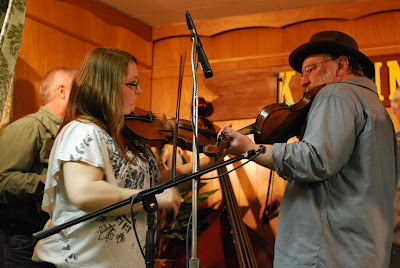 Posted by Jack Holland at 2:27 PM No comments: