Finally able to get to the Killingly Grange for their monthly Bluegrass show. This one was heavily attended and that's a good thing for the bands, its got to feel great to play before a full house. Most of the crowd pulled in early so as to have time to try that fine chili and cornbread not to mention the tasty whoopie pies and brownies.
The house band, "Nick Anderson and Shady Creek" kicked off the evening with their usual high octane set of older Bluegrass tunes and songs. The audience loves the Shady Creek Band and they respond loudly in appreciation of the energy that the boys and girl put into every tune. Nick has added some new faces this season, Elise Laflamme on fiddle, and she's a keeper, and Mark Doyle on bass and vocals. William Trickett returns on banjo and dobro and Monty McLanahan on mandolin and lead and harmony vocals.

The second set showcased the awesome talent of Master Fiddler, Robin Warren and talented rhythm guitarist Brian Clancy providing the harmonic underpinning to Robin's exciting bowing. These two have won many awards at competitions all over the country and were a treat to hear. They have quite an entertaining routine marked by a steady exchange of barbs directed at each others musical knowledge, of course it's in jest, these folks know their instruments inside out. Lots of encores called for on this night, folks couldn't get enough. 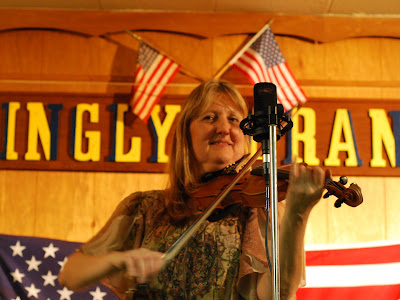 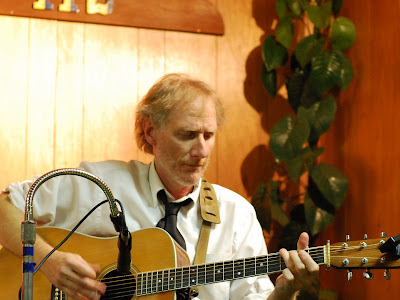 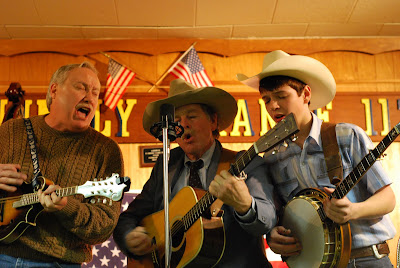 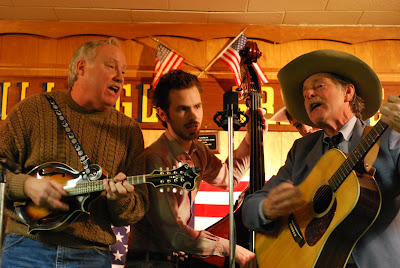 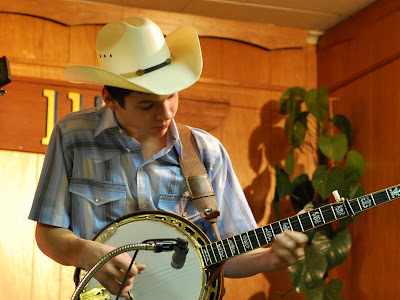 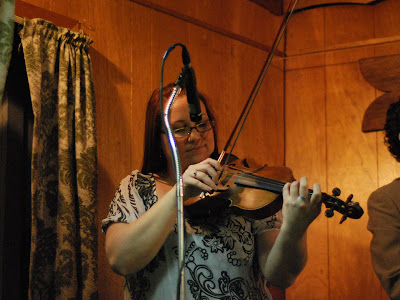 On a cold dark New England winter night it was rewarding to see a capacity crowd turn out to hear, Erica Brown and the Bluegrass Connection perform at the Grass Roots Coffee House in Northbridge, Mass. It was the largest crowd ever at the venue. Erica and the band covered some Country, Folk, Pop and Bluegrass music. Although the set was all Bluegrass to my ears because it had the precise bluegrass baseline played by our friend Ken Taylor and the instruments were the standard Bluegrass instruments. There was some original music written by Matt Shipman who played lead guitar and sang the harmony parts and some lead vocal. The band did covers of the Louvin Brothers, Allison Krauss, Bill Monroe, and Gillian Welch and others. Erica showed her fiddling prowess on several French Canadian reels and displayed her fine voice on the many ballads of the set.
The bands performance was tight and right with Matt on guitar and Read McNamara playing banjo and for a few tunes the dobro. The entire audience stayed put through intermission waiting for the second set which says something about the quality of the entertainment, I was impressed with the harmony of this group, especially when they did four part harmony with only the guitar playing softly. If they're playing someplace near to you I'd recommend you stop by and take in their music. You can see Erica's schedule here 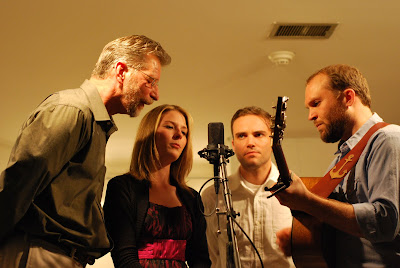 Erica Brown and the Bluegrass Connection 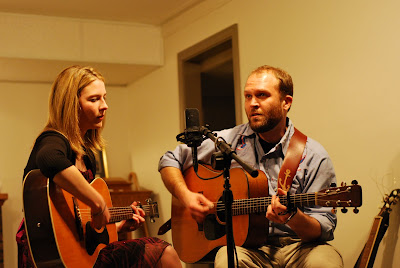 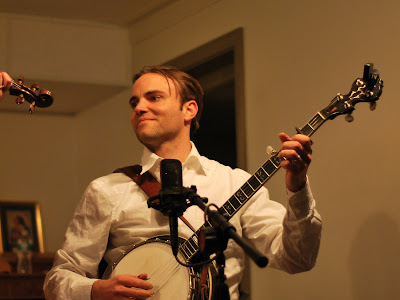 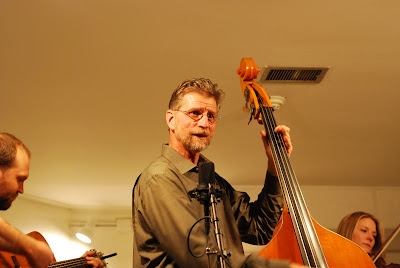