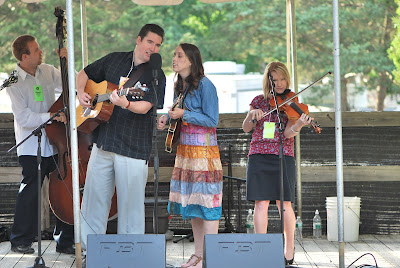 The Darin and Brooke Aldridge Band 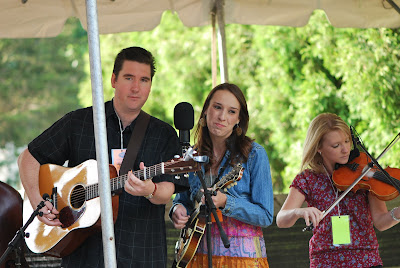 Finally got to see and hear the Darin and Brooke Aldridge Band. They were on the Folk Stage at Strawberry Park's Bluegrass Festival on Saturday and they were scheduled for the Bluegrass stage the next day. They were playing to a moderate crowd as most people were at the bluegrass stage just down the road. Their set sounded more bluegrass than folk and was really good listening. They are called the "Sweethearts of Bluegrass," because the love they have for each other is quite obvious and the music they make is full of love and hope for the world. Darin has played with the Country Gentlemen and other first rate bands. He's an accomplished songwriter too. Brooke possesses a powerfull voice and the two harmonize nicely. The overall band sound is really good. They'll be at the Jenny Brook FestivalJune 23 to 26 at the Tunbridge, VT Fairgrounds. 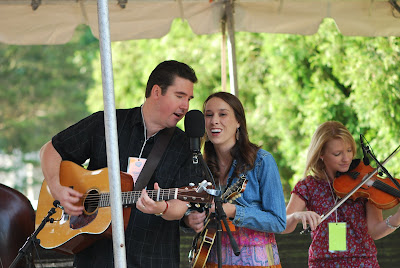 Posted by Jack Holland at 3:15 PM No comments:

Saturday's weather was perfect in Preston CT as the music began and it stayed that way the whole day, what a blessing. The Claire Lynch Band kicked off the days festivities with a fine performance that set the tone for the day and all the following groups equaled the high standard set by CLB. The audience was sparse for the early sets but steadily increased to a full house by late afternoon. I enjoyed all the music of the day whether it was bluegrass, swing, country, blues or jazz. It was done well, sounded great, and the musicians were superb. 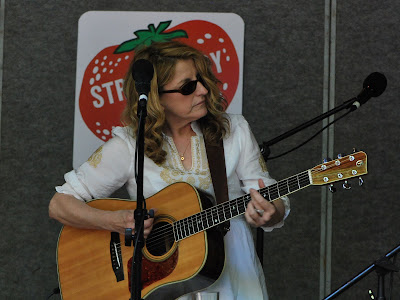 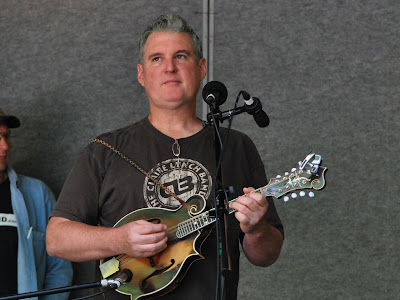 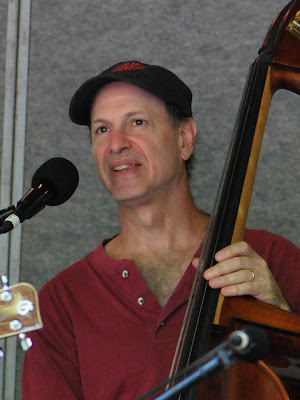 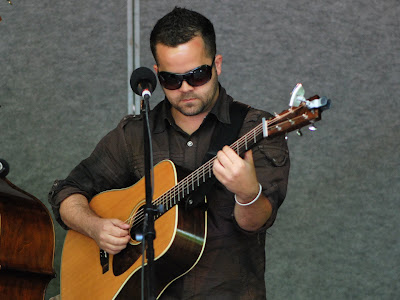 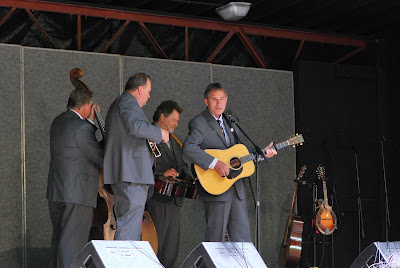 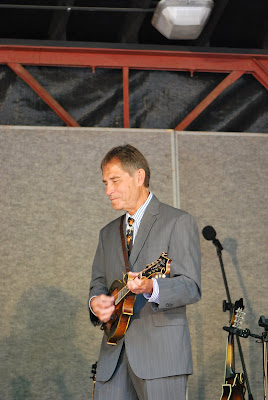 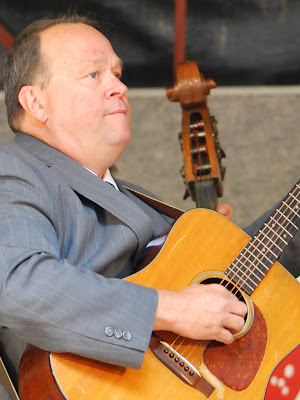 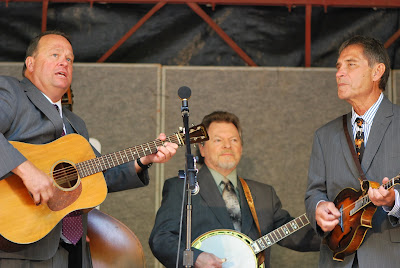 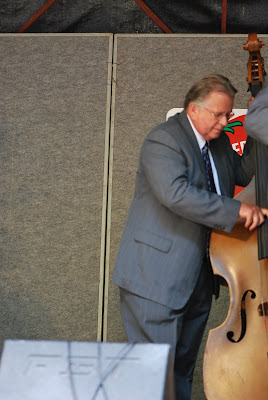 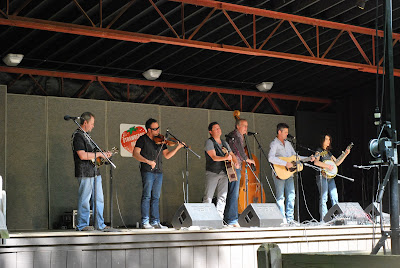 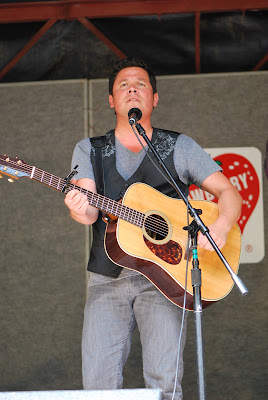 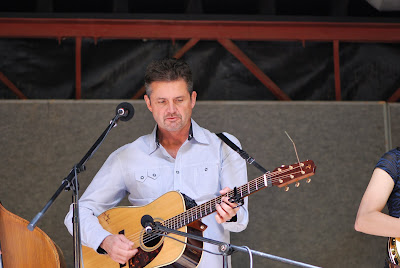 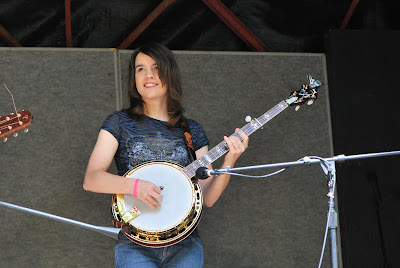 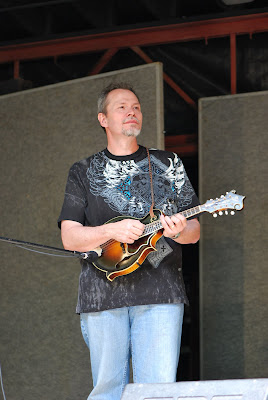 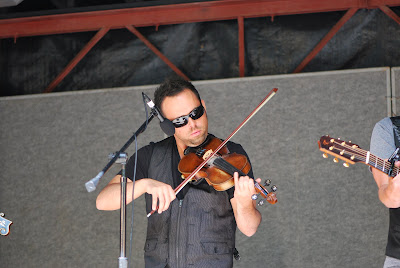 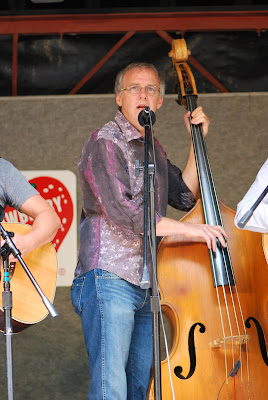 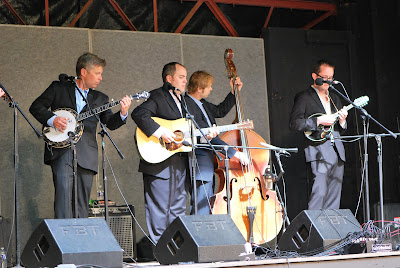 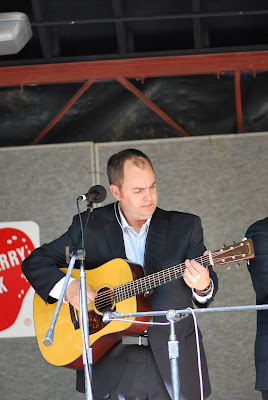 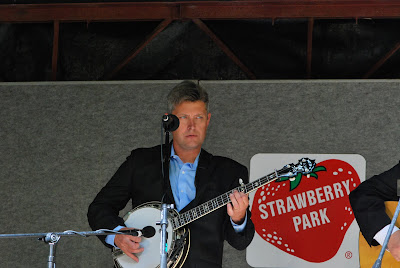 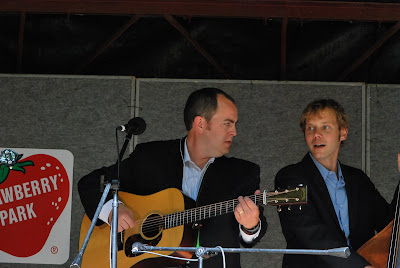 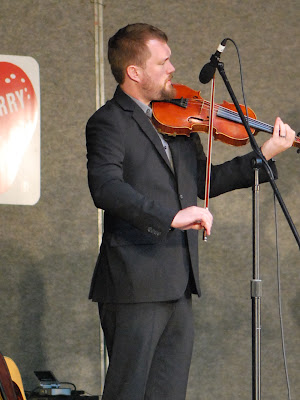 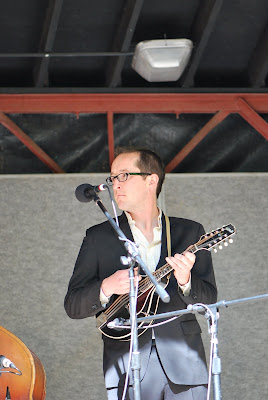 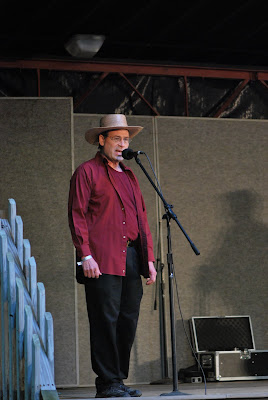 The MC's for the day did thier usual fine job of introducing and highlighting the accomplishments of the days bands, the work was shared by three veterans of the bluegrass scene, Glenn Huffer who's been at the podium at Strawberry Park for decades, Kim Cyr who heads up the CT Bluegrass Music website and promotes concerts at the Salem, Ct. Barn and Jim Beaver, the knowledgeable DJ at WHUS,91.7, in Storrs, Ct. 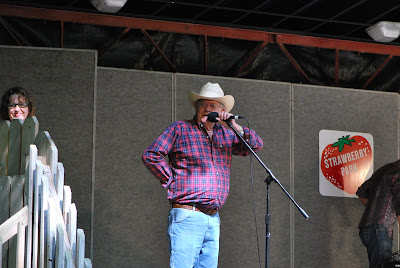 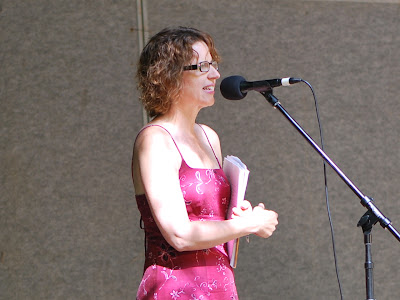 Posted by Jack Holland at 7:30 PM No comments: