As expected, Sierra Hull's set was dynamic, she sang cuts from her hit album "Daybreak" with feeling and sincerity making one believe the lyrics were about her own experiences, and in fact she did write seven of the songs on that album. Her mandolin picking was sensational especially on the tune she wrote named "Bombshell," which she picked with such speed and clarity it had people shaking their heads in disbelief. She was joined by some excellent pickers as well. Jake Stargel on guitar, Zach Gilmer on banjo and guitar, Jacob Eller on bass, and Christian Ward on fiddle. 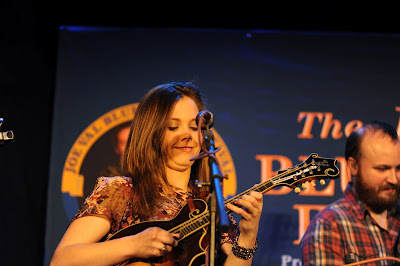 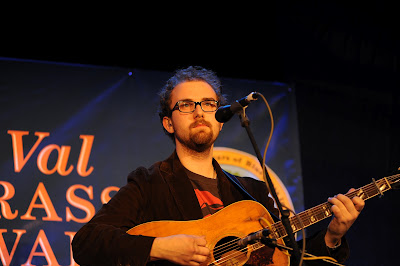 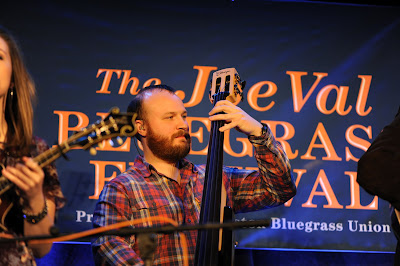 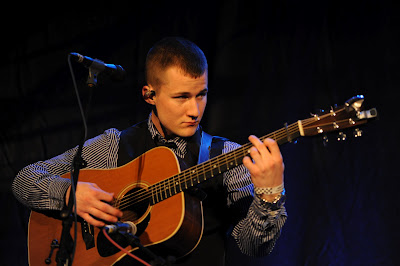 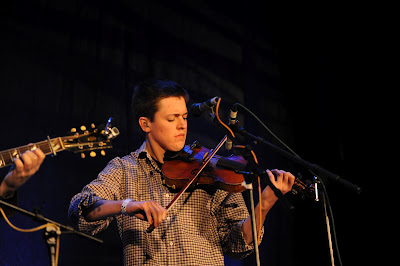 When I first saw the Steep Canyon Rangers live about three years ago I was very impressed with them, I thought they were certainly first class and had a bright future in bluegrass. Everything about them, their command of the instruments, the vocals, the tight harmony, their appearance, it all said success. When they paired up with comedian, actor, and musician Steve Martin they really climbed to new heights. That pairing has brought bluegrass music to thousands of folks who might never have known what bluegrass is or how infectious it can be. Their performance was very tight and smooth and the harmonies were as good as it gets. 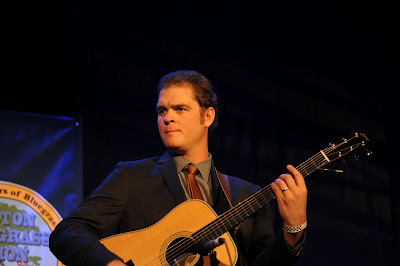 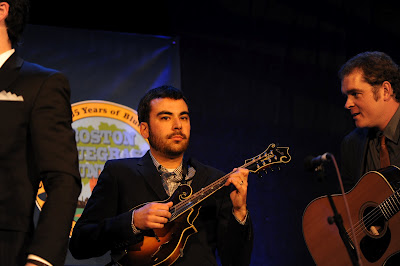 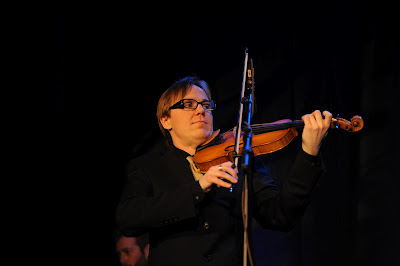 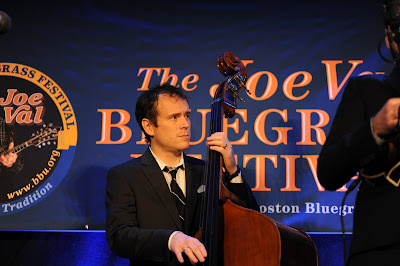 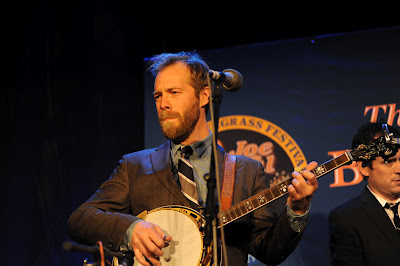 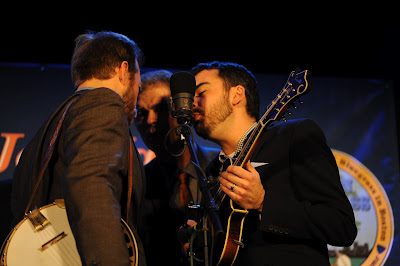 Posted by Jack Holland at 8:57 PM No comments:

Grass Routes at the Bean

Playing to a packed house at the Vanilla Bean Cafe the GrassRoutes Band treated the audience to an energetic performance of old time bluegrass with some country and folk thrown in.Covers of tunes from the Stanley Brothers to Allison Krause were heard from a band of top professional musicians who aim to please. All five artists sing both lead and harmony so there was an excellent variety of sounds that kept the toes tapping and smiles on faces. This group is tight on the vocals and the instrumentals were top notch, incorperating the songs melody into the mix. It was plain to see the crowd and the ambience of the room had a positive effect on the band as they seemed to be having as much fun as the rest of us. The Bean is a wonderful venue, warm and relaxing and the food is the best. Check out the bands website 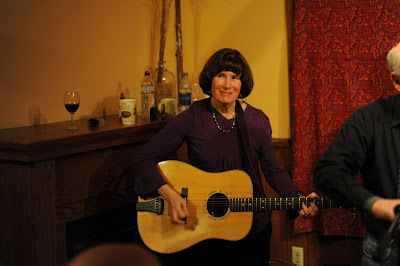 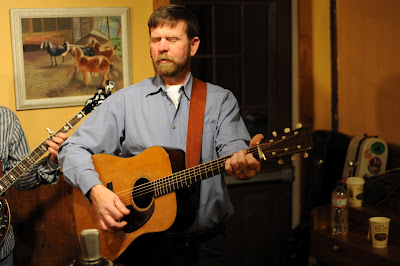 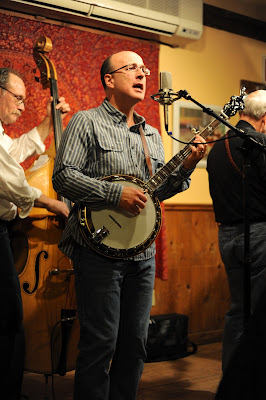 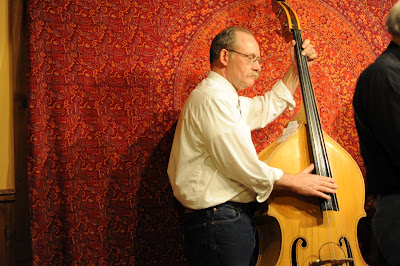 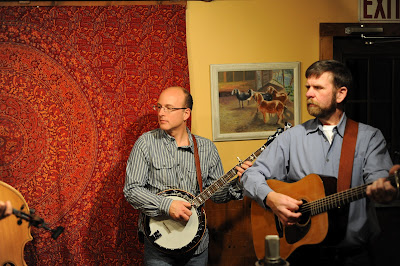 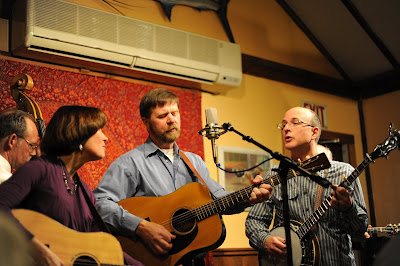 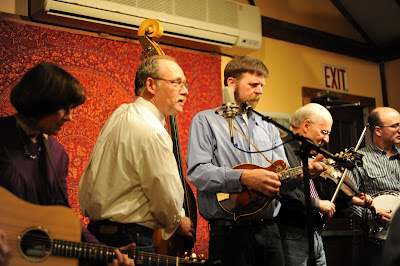 Joe Val was a Boston native who fronted the band "Joe Val and the New England Bluegrass Boys" back in the seventies. He was an excellent mandolin player and had a terrific high tenor voice. He helped to put the New England bluegrass scene on the map and cut several albums for Rounder Records. Joe Singleton is a huge fan of Joe Val and found the he could sing Joe's songs with credability. Singleton surrounded himself with accomplished bluegrass performers, two of whom actually played as members of the New England Bluegrass Boys with Joe Val and the band was born, since then then they've performed at several festivals and have built a large following. They were well received here at the 27th Joe Val and I'm hoping they'll become regulars at the festival. Joe Sings Joe is comprised of Rich Stillman on banjo and vocals, Dave Dillon on guitar and harmony vocals, John Roc on mandolin, Eric Levenson on bass, Laura Orshaw of fiddle, Sky Travis on dobro, and Joe Singleton singing lead and high tenor. 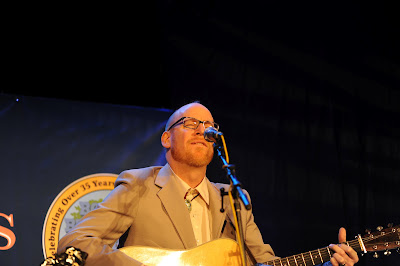 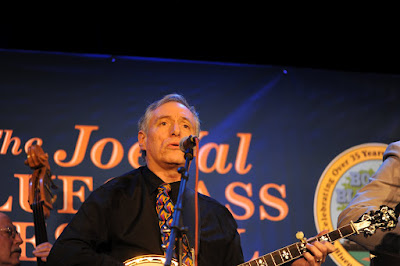 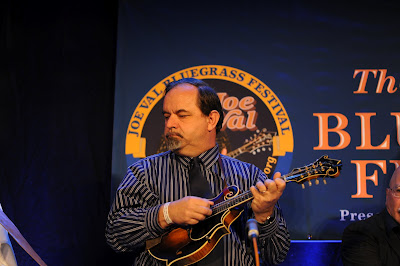 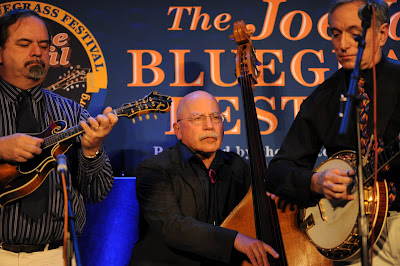 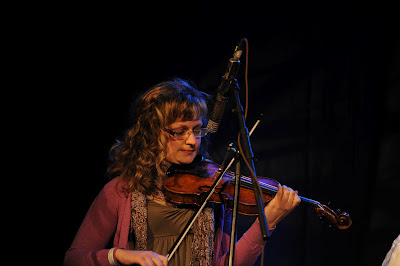 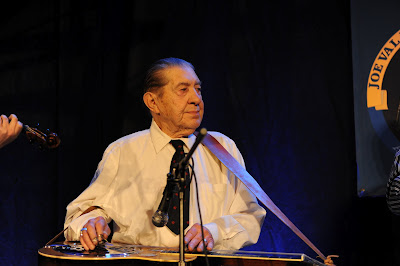 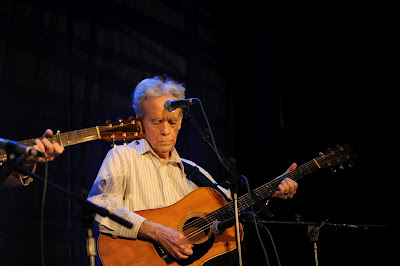 Posted by Jack Holland at 7:07 PM No comments:

Known for tight harmonies and high energy performances the duo of Allen Spinney and brother Rick Spinney won over the audience with the first tune of their set at the 27th Annual Joe Val Bluegrass Festival held at the Sheraton Framingham Hotel in Framingham, Mass. With their upbeat style and presentation the brothers performed traditional bluegrass as well as some original tunes that spoke about their Canadian heritage. Allen included some early country tunes as he likes to do during his portion of the set. Allen provides the rhythmn guitar and Rick handles the banjo quite well. They share the lead vocals and harmony. The Spinneys are backed by the fine playing of Gary Dalrymple on Banjo and Darryl Hebb on Bass. As a group they've won numerous awards for their instrumental skills by the Eastern Canada Bluegrass Music Association and are members of the Nova Scotia Country Music Hall of Fame. In the past they've opened shows for bluegrass greats Ricky Scaggs and Mac Wiseman. Friday nights audience loved them and screamed for more at the end of their set. The Spinneys will be back in the area in March at the Country Corner Coffeehouse in South Hadley, Mass. 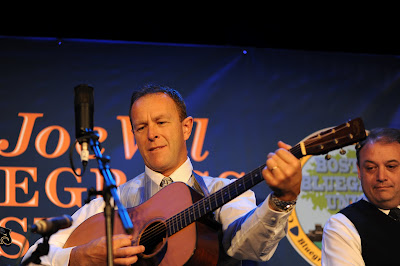 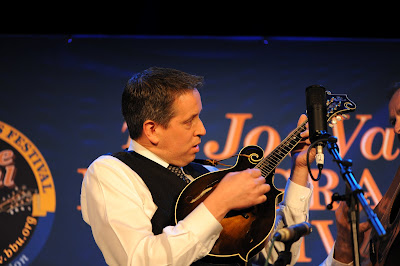 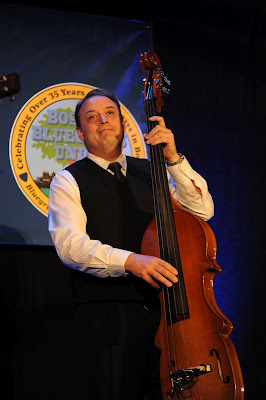 Posted by Jack Holland at 2:55 PM No comments: