Sounding like a camp meeting preacher, fiddler Andrew Heaton jumps up to the mic and in a voice that’s grating warns the sinners, ”they better get ready” as he kicks off the set for the Athens, GA. based Packway Handle Band in concert at the Podunk Winter Music Series held in East Hartford CT. The line comes from their blistering rendition of “Sinner, You Better Get Ready, “ a Monroe Brother’s tune that’s sure to make some rethink their behavior. The Packway Handle Band is a high energy group to say the least, packing lots of action into the delivery of their music, very exciting. I don’t believe the audience expected such a dynamic performance, they seemed to be in awe after the first tune and the set continued to be fast paced and supercharged. The band’s musicianship is outstanding and the four part harmony is near-perfect. They use a two-condenser mic and the movement to and from the mic is a show in itself. Their music, much of which is original, is edgy, energetic and decidedly entertaining. Besides Heaton on fiddle and vocals there is Michael Paynter, mandolin and vocals, Josh Erwin guitar and vocals, Tom Baker banjo and vocals and Zach McCoy on bass. To the delight of the audience, with the last song of the set they started jumping off the stage, one after the other, while singing and playing, and ran up about five rows into the audience and finished up their set among the fans. The people I talked to at the end of the performance had nothing but praise for the band. 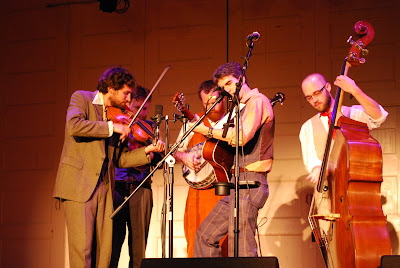 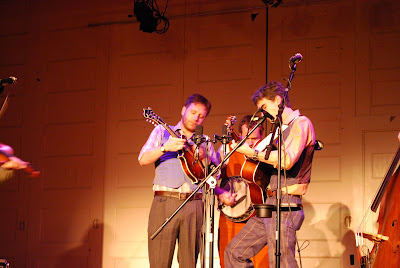 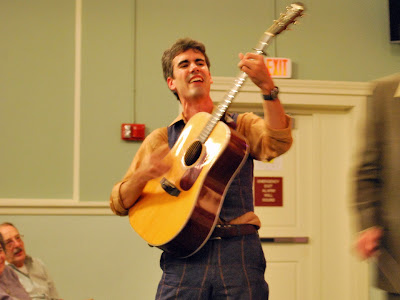 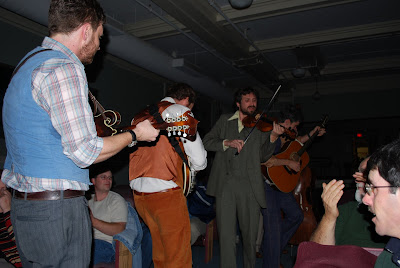 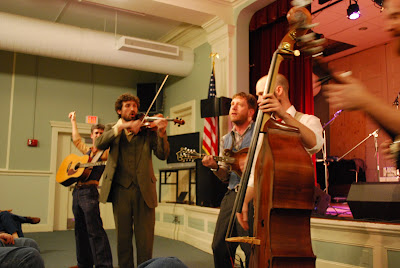 The next show in the series at Podunk Winter Concerts is Laurie Lewis And The Right Hands on December 4 in East Hartford CT.
Posted by Jack Holland at 2:53 PM No comments:

The Killingly Grange Concert Series offered its second show of the season featuring the 2007, Thomas Point Beach Festival, Band Showcase winner, "Crossover," a band out of southern CT. The band offers a country flavored style of bluegrass that's quite enjoyable to hear. Lead guitarist and harmony vocalist Warren Charrette contributed some exciting breaks on his sweet sounding 1959 Martin D-18 to songs such as "Dark Hollow," "Erase the Miles," and others. Andre Tardif plays banjo and guitar and sings lead along with Dan Dube who provides much of the lead vocals and rhythm guitar. Kyle Neilson the mandolinist keeps the band loose with his humerous banter and joke telling and jumps in with the lead on occasion. The steady beat of the bass comes from Larry Harvey. They are an easy going laid back bunch of veteran musicians who believe in having at least as much fun as the audience, and I can tell you the audience loved them, although the Grange Hall is small the audience made it sound like an auditorium with the loud response to the good music. I know this group would have gone on all night and the audience would have stayed if only the venue would have allowed it. To check Crossover's schedule click here 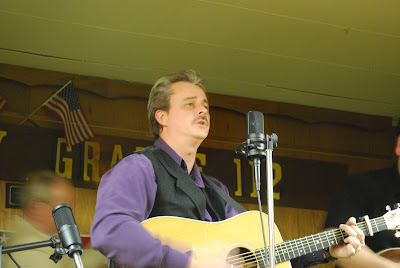 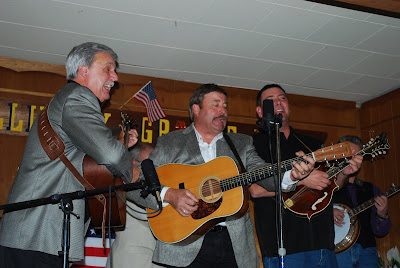 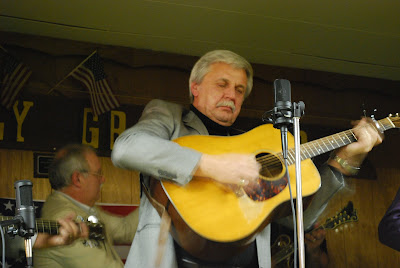 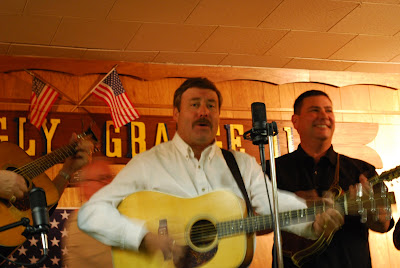 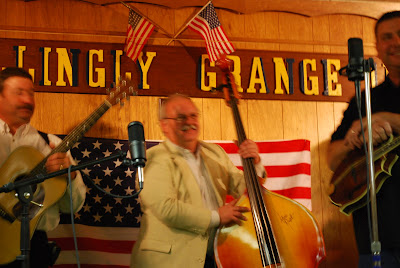 Posted by Jack Holland at 2:04 PM No comments: 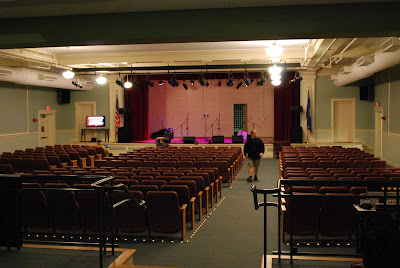 Ready For The Fans

On a recent Friday night the East Hartford CT Community Cultural Center featured the bluegrass band “New Found Road,” a band not often seen in this part of the country It’s unusual for a bluegrass band to have a surplus of lead singers but New Found Road is blessed to have three gifted lead vocalists each of whom is talented enough to front his own band. Tim Shelton of course is the front man, and a terrific singer, for the band and an able guitarist to boot. Then there’s Jr. Williams the banjo player who’s also a fine singer and the bass player Randy Barnes is an exceptional vocalist too. Happily they are all content to share the role of lead vocalists throughout their set. Joe Booher the mandolin player provides good harmony and strong mando breaks.Their music, contemporary bluegrass and early country ballads done bluegrass style is influenced by country musicians, Freddy Fender, Glen Campbell and rock stylists such as James Taylor and the Eagles. They also favor gospel, offering up seamless harmony delightful to the senses. Their unaccompanied version of “When I Get Home” was jaw dropping and the audience response was remarkably enthusiastic. Shelton’s rendition of “That’s How I Got to Memphis,” was very moving. Their entire set was thoroughly enjoyable and I’m looking forward to seeing them again.
New Found Road will be appearing at the “Joe Val Festival” in Boston this February 2009 and at the “Podunk Music Festival” in East Hartford in July 2009. 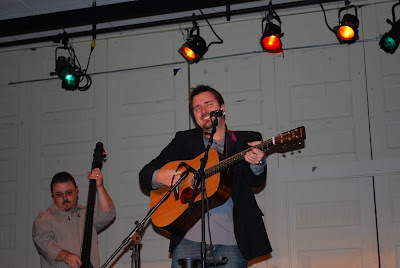 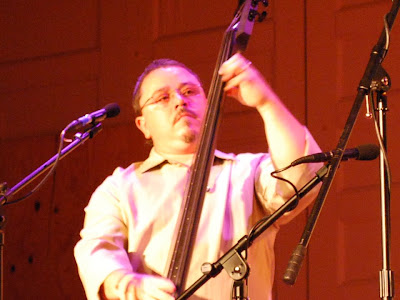 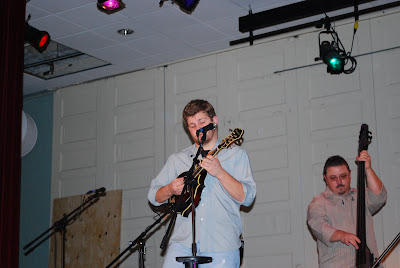 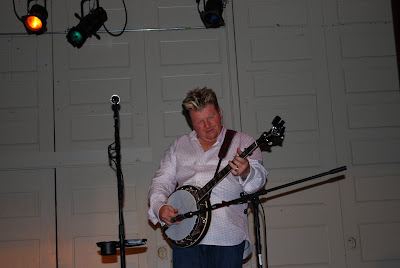 Posted by Jack Holland at 6:20 PM No comments: