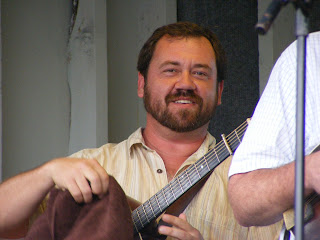 The DTB performed before a loving crowd in Dan's home state of Vermont this weekend and they were even better than anticipated. He was totally at ease before these folks and as he said himself he had probably jammed with half of them many times on his way to the top. The audience was loving it and they showed it with rounds of ear splitting applause. Adam Steffey, Justin Moses and Ron Stewart provided stunning solo's with Barry Bales providing perfect rhythmn to the mix. 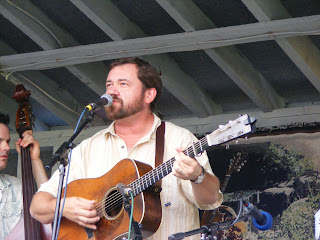 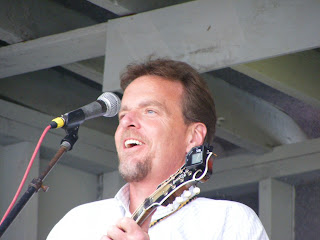 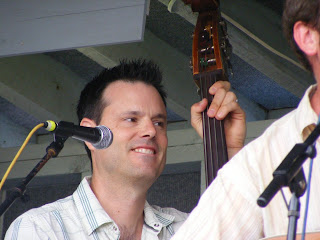 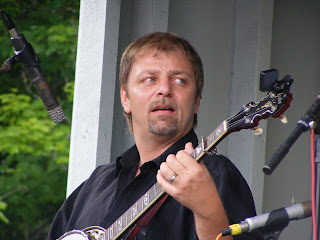 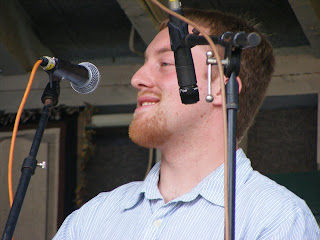 Justin Moses
Posted by Jack Holland at 10:05 AM 3 comments:

The first round nominations for various categories of performance for the International Bluegrass Music Association (IBMA) awards show,(to be held this fall, September 29 through October 5, 2008, in Nashville, Tennesee) are in the hands of the accountants (Riney Hancock and Co.)
From this first batch of candidaates, those receiving ten or more votes will be placed on the second round ballot list to be voted on and submitted to the accounting firm by July 31
The third round in September will have the top five vote getters in each catergory with the winners announced at the IBMA Awards show on October 2, 2008.
I'm hoping some of my picks will make it to the second round. For "Entertainer of the Year" one of my picks was Danny Paisley and The Southern Grass, others are: The Gibson Bros; The Grascals; Seldom Scene; Rhonda Vincent and the Rage. For vocal group of the year: Gibson Brothers; Seldom Scene; Jerry Salley; Claire Lynch and The Grascals. Male vocalist: Eric Gibson; Danny Paisley; Lou Reid; Steve Gulley; Terry Eldredge. Female vocalist: Rhonda Vincent; Dale Ann Bradley; Carrie Hassler; Amanda Smith and Claire Lynch. It's too bad that you're limited to five choices because there are so many talented people in bluegrass today, many not named here are on the same level as those mentioned. To continue on. Song of the year: Pickers Blues by Eric Gibson; The Day Lester Died by Claire Lynch; Alisons Band by Charlie Sizemore; Through The Window Of A Train by Blue Highway and Cabin Down Below by Eric and Leigh Gibson. This is only a partial list as there are other categories.
In about twenty days I'll have the pared down list of nominees to comment about.
Please continue to support your local bands, that's where it all started.
Posted by Jack Holland at 9:39 PM No comments:

Bluegrass is my Second Language

I've just finished a fascinating book by John Santa called "Bluegrass Is My Second Language". Santa hails from Bluegrass Heaven, North Carolina that is, and he knows what he's talking about when it comes to explaining the atmosphere of the jam session. He made the transition from a long history of playing the blues to the frenetic world of bluegrass sorta" cold turkey" when asked by a new friend that he had only just recently jammed with to help out at a benefit for a large group of important people. The other players were complete strangers to him. In the book he humorously explains the emotions he has on the ride to the gig and how he gets thru it all.
The rest of the book takes the reader on many long rides to magical places where the people are warm and wonderful. You get to meet folks that are sometimes a bit different, maybe even quirky and some of the surroundings where the jams take place are almost mythical. Santa tells us about the many emotional relationships he develops with folks at the jams and shows us the basic goodness found in all of them, how they help him get through sad times as when his beloved dog passes or when a particularly bad winter puts him into a depression. Santa has the ability to put the reader right into the middle of a jam with his vivid recollections of how each player takes his turn on a solo or backs up the group and the audiences reaction to the music. This turned out to be a fun read and I know I'll go back and reread chapters just to enjoy the books characters. 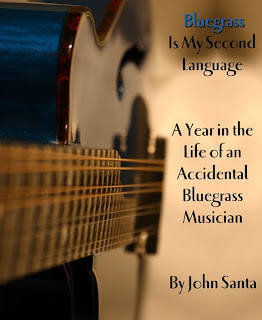 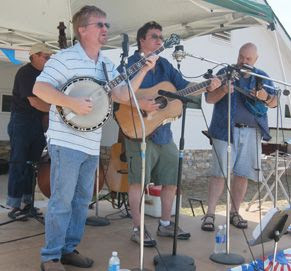 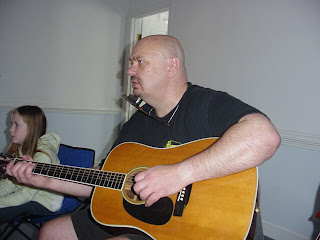 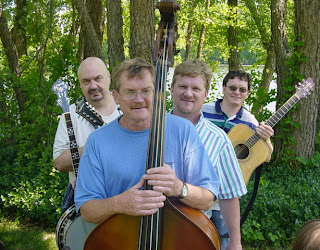