On Saturday, the very popular Vanilla Bean Cafe in Pomfret CT. was host to a fundraiser for the CT. Audubon Society. The CAS has nearly completed its new Grasslands Education Center located in the middle of its 700 acre Nature Preserve on Day Road in Pomfret and as part of its effort to raise money for the project presented an evening of Bluegrass with the Blackstone Valley Bluegrass Band, a very talented group from Massachusetts lead by brothers Dave and Bob Dick with Ken Taylor on bass and Dan Nolan on mandolin. The band played bluegrass with a touch of country and folk and delivered some amazing three and four part harmony that was well received. The guitar, banjo, and mandolin breaks were superb, fast, yet not too far from the melody. The banter between the band members and the audience was funny and natural. For their encore they played and sang "Will the Circle Be Unbroken" while moving among the audience which proved to be a big hit. Folks I talked to thought it was a wonderful way to close out the evening.
The Vanilla Bean Cafe is known for great food and atmosphere and is on the New England Folk Music Circuit presenting some of the best in Folk Music and on occasion a Bluegrass group. 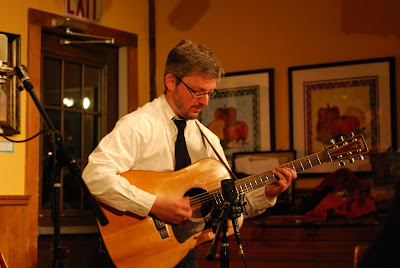 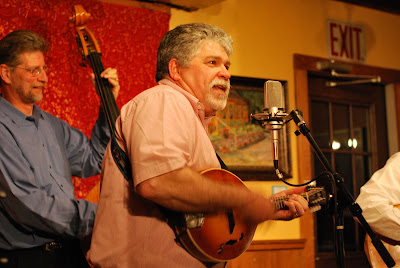 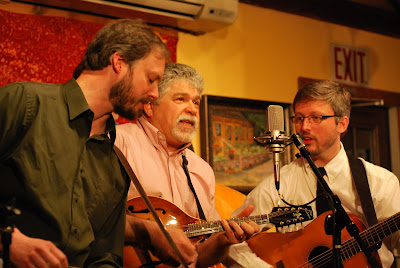 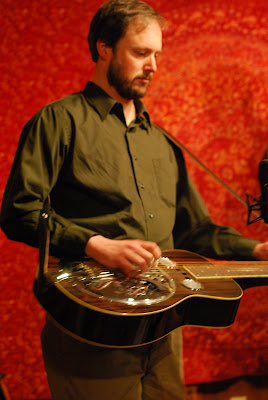 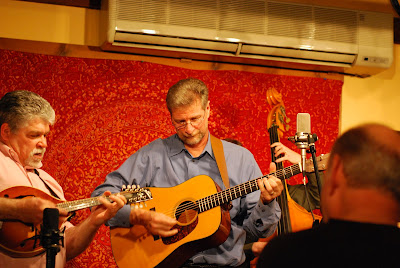 Posted by Jack Holland at 5:15 PM No comments: