The Killingly, CT. Grange began its 2012 Winter Concert Series on Saturday January 28 featuring the "Blackstone Valley BlueGrass Band" along with host band "Nick Anderson and Shady Creek." We arrived early and found a nearly packed house already enjoying the fresh sandwiches and soups made by the Grange crew. We had plenty of time to renew old friendships and find out what's new with the bands. Shady Creek has undergone some changes over the winter adding Dave Aston on bass and Dan Menzone on banjo as guests at least for this show and the returning Monty McLanahan on mandolin, harmony and lead vocals. Nick, of course, does much of the lead singing and plays rhythm guitar. Nick has a vast list of traditional bluegrass songs in his repertoire and sings them with high energy and just the right emotion, always enjoyable. The now packed house responded with loud applause and hoots and hollers after every number. This had to be the most energized and responsive audience I've ever witnessed at the Grange in the many years I've attended. The BVBGB got the same treatment, and you could see the sheer enjoyment of playing for this crowd on the faces of this fabulous band. BVBGB has not changed at all in the many years we've been following them. There's no particular leader as everyone takes a turn at lead singing and relating the history of the music they perform and each member displayed quick wit while taking friendly jabs at each other that got some good laughs from the audience. Both bands are packed with virtuoso pickers and fine singers. BVBGB has a new CD out titled "Soulshine" with many original compositions many of them were heard for the first time here at the Grange. Dan Menzone's newest release is called "Frostbite" also with many original Menzone tunes. Dan surrounded himself with some of the bluegrass worlds top instrumentalists on this release: Wyatt Rice, Adam Steffey, Rob Ickes, Rickie Simpkins, Don Rigsby, and Richard Bennett on vocals. Dan also performs with the Connecticut based band "TrueGrass." 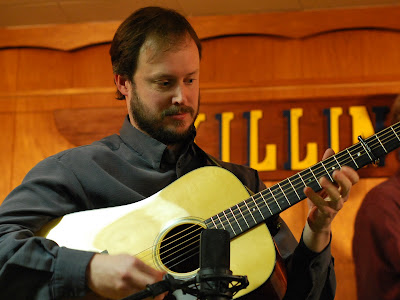 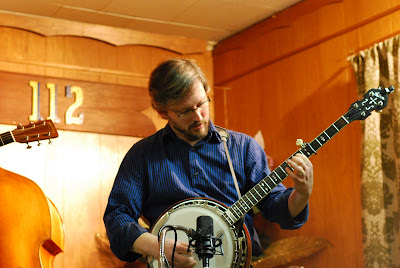 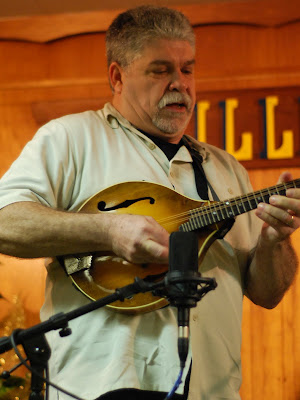 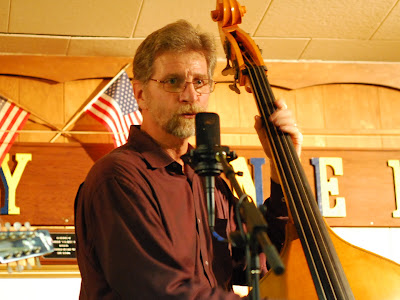 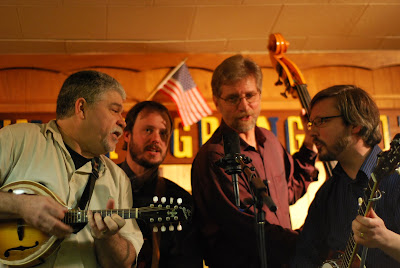 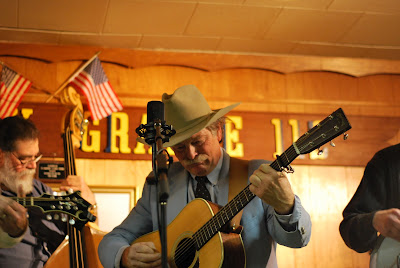 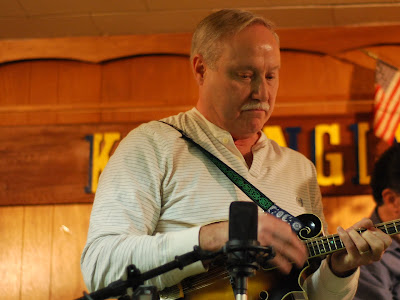 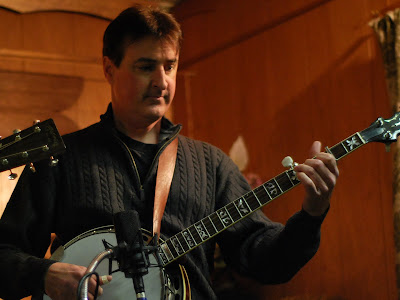 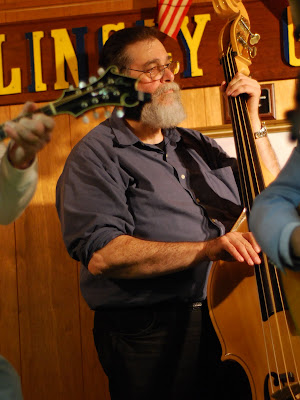 
Posted by Jack Holland at 4:30 PM No comments: