The 2011/2012 Winter Concert Series at the Killingly, CT. Grange came to an end in great fashion with two fine bluegrass bands performing traditional bluegrass and early country songs and some hot instrumentals as well. The guest band, "Southern Rhode," based in Rhode Island and made up of veterans of the New England and Tennesee music scene offered some stellar vocals and wonderful harmony on the old classics and some 60's and 70's country music. Fronted by Alex MacLeod singing lead and playing rhythm guitar and Monty McLanahan singing high tenor harmony and playing mandolin, along with the talented baritone vocalist and guitar/fiddle player Greg Badigian and on the other side of the stage the well known banjo player and teacher Mike Kropp, who they say has taught most of the noteworthy banjoists in the region, and finally the guy who kept the boys in line and in time, Tom Bowman on bass and comic relief. Southern Rhode received some solid applause and would certainly be welcomed back to the grange next season.
The host band "Nick Anderson and Shady Creek," put on their usual fine performance with Nick singing lead as they sang their repertoire of traditional bluegrass and gospel tunes. Nick borrowed Monty McLanahan from the Southern Rhode group and had the fabulous banjoist, Dan Menzone as a guest for the evening, the steady beat of the bass came from the skilled bassist Dave Aston. Later in the evening Dan Menzone joined Mike Kropp for some double banjo tunes and that was very enjoyable. I was disappointed to see the Grange concerts come to an end for the season but we at least it ended with a wonderful show. 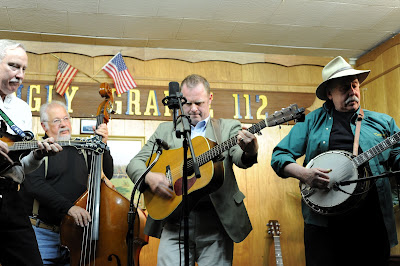 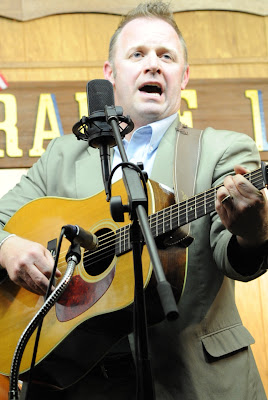 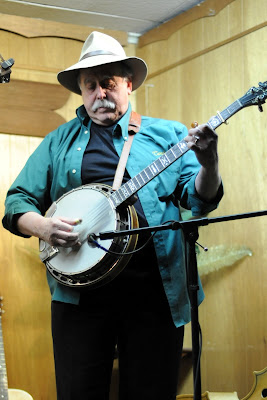 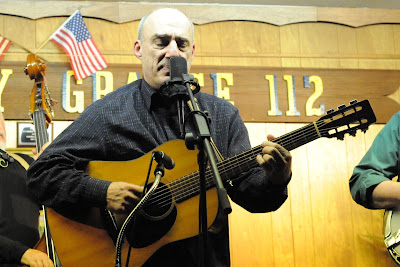 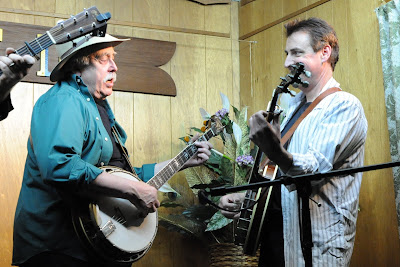 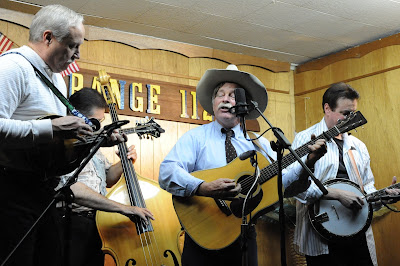 Posted by Jack Holland at 5:26 PM No comments:

Dave and Rose Helman's Country Corner Coffeehouse located in So. Hadley, MA. was packed with Spinney Brothers fans waiting in excited anticipation for the Spinneys to take the stage. Hoping to see a great show they would not be disappointed. The band hit the stage at 8 PM and kicked off the set with the traditional number, "Cabin on a Mountain," and followed with the rollicking "Rollin' in My Sweet Babies Arms" and quickly had the audience stompin their feet to the beat of Darryl Hebb's bass. The band continued with their song selection of traditional bluegrass and a sprinkling of early country songs as well as some original material. Rick Spinney did his banjo version of "Home Sweet Home" to honor the late Earl Scruggs and the audience responded loudly in affirmation. The Spinney Brothers have become polished at presenting themselves and the set was nicely scripted and moved along smoothly. The brothers come off as being caring sensitive musicians able to relate to their audience and seem to put family and friends at the center of their music. Allen chose to show his yodeling skills to the folks late in the set with his rendition of the "Mule Skinner Blues" and it brought forth the loudest applause of the night. The brothers included many of the songs from their new album "Memories" that were well received. At intermission their product table was swamped with fans buying autographed copies of the "Memories" CD as well as older releases. The second set was as strong as the first with fine harmony and lead vocals accompanied by some great picking. The band is lead by Allen on guitar, Rick on banjo, Gary Dalrymple on mandolin, and Darryl Hebb on bass. It turned out to be a great evening of bluegrass represented by some fine artists. 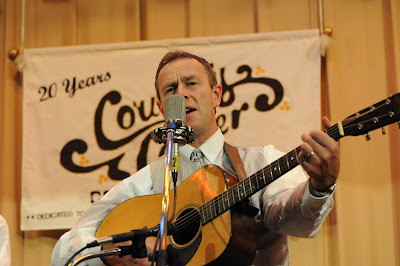 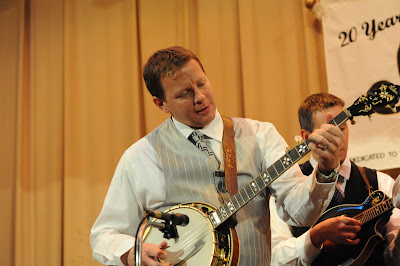 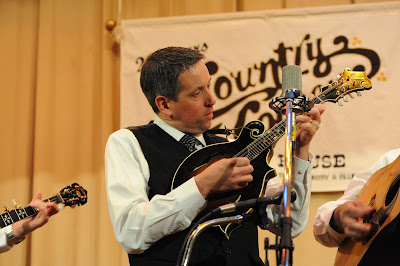 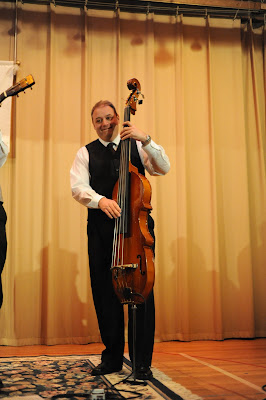 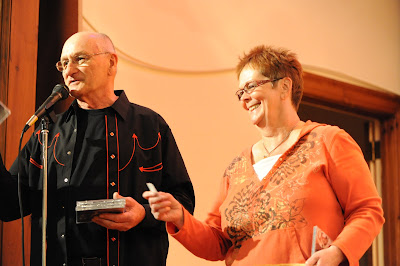 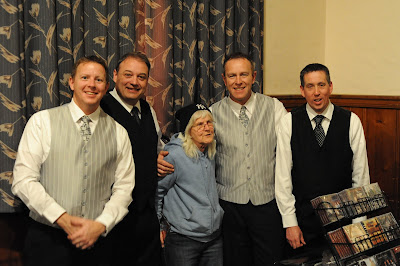 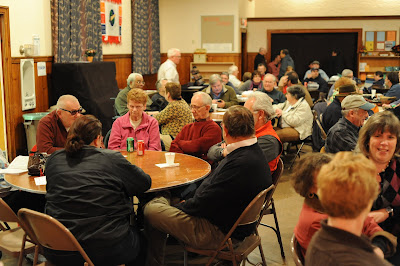 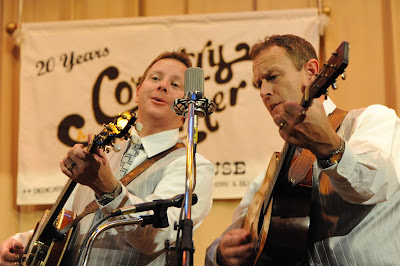 Posted by Jack Holland at 6:54 PM No comments: