My first thought on arriving at the Mineral Spring Campground in Stafford, CT. was how fortunate it was to have such a perfect day to hang out with friends and hear Bluegrass music. And it was perfect, deep blue sky, a few puffy white clouds and temperature around 75. The music could be heard from the day parking lot as the bands had already started hours before I arrived. Fortunately there were several bands yet to play. Acoustic Blue was on when I got to the stage and as expected they were in top form playing one of the many Cory Zink originals,"Mountain Memories," with Zink singing lead in a deep baritone. Much of the material this band does is their own, Zink is a prolific writer and T. Shaun Batho writes for the band as well. And you know, this band always looks tack sharp, I'm always impressed with their appearance, it sets you up for a great performance, and that's what you get. 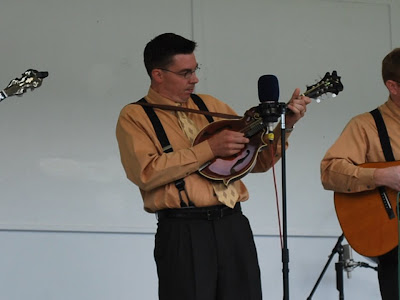 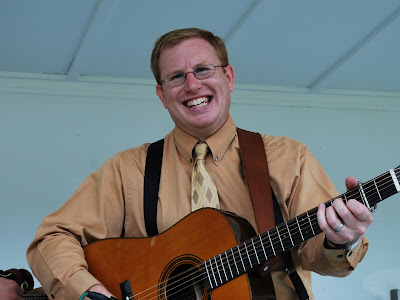 Batho plays guitar and sings lead vocals and warms up the audience with a few tall tales. 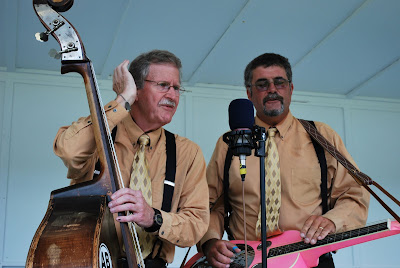 Bear, provides rhythm and sings lead and baritone vocals, Mike is at home on banjo and resophonic guitar and contributes lead and tenor vocals. 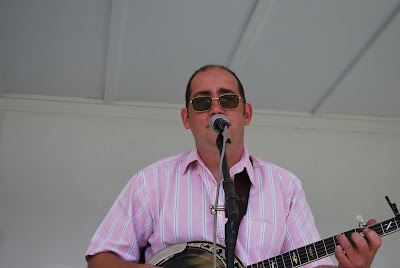 The band "NorthernBound" has performed together around New England for two decades, it consists of three brothers, Ray, Harry and Steve Paden and good friend Mike LaRocque. Mostly traditional Bluegrass, although, some time ago I heard them do some "Beatles" music in a Bluegrass style. Whatever they do its always a fun set with some good three and four part harmony and the sharing of lead vocals 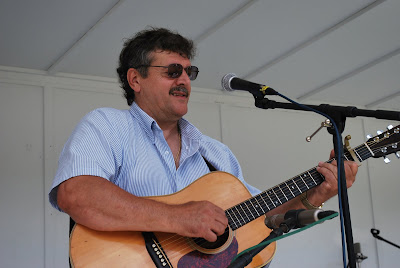 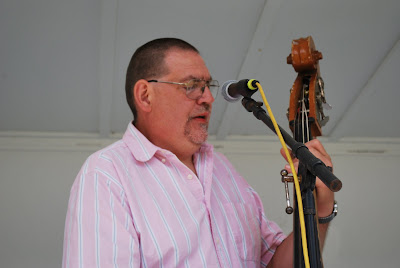 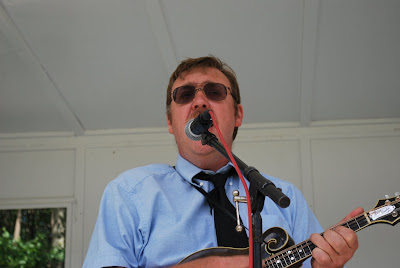 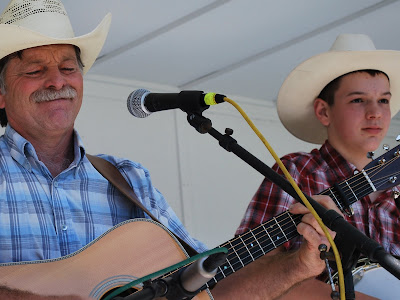 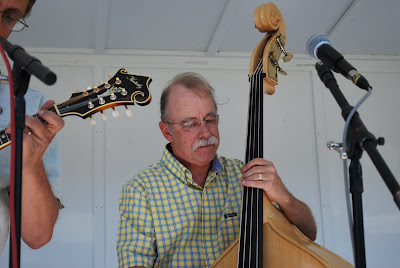 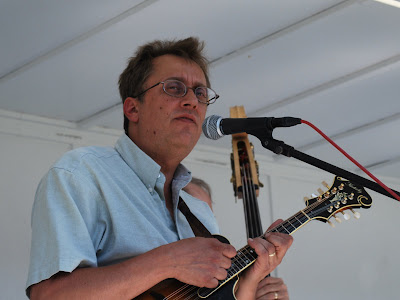 Gail and her band of virtuosos delighted the crowd with a mix of jazz, folk and bluegrass served up by a highly talented group of musicians, Gail's smooth vocals spaced with amazing solo breaks of banjo, sax, harmonica and bass were a treat that the fans loved. 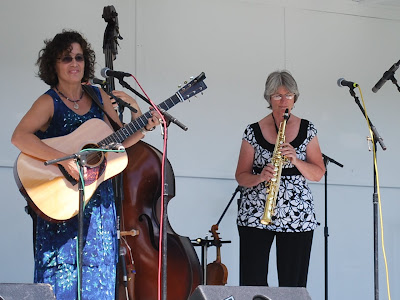 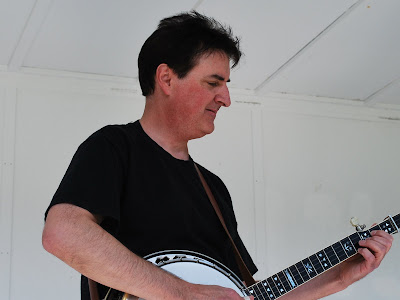 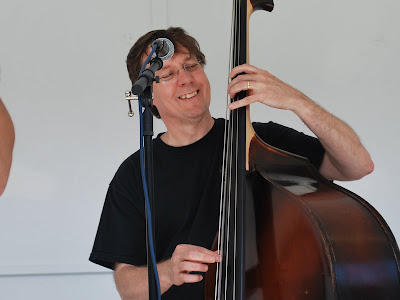 GrassRoutes is noted for fine vocals and tight harmony, they do mostly traditional grass and in their set Saturday they did some covers from Alison Krauss' album "100 Miles or More which were well done and a nice break from the routine stuff. The band consists of: Joe Delillo on bass, Joe Lemeris on banjo, Jack Jolie lead guitar and vocals, Marilyn Toback-Reveley on rhythm guitar and vocals and Bill Reveley singing lead and playing fiddle. 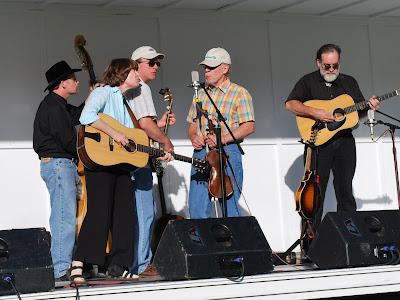 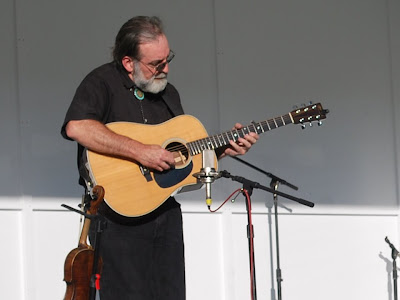 This band always satisfies in their delivery of the early music and they appear to enjoy performing together, they have a lot of fun on stage and that allows the audience to join in and feel a part of all that's happening, they're a talented bunch and always a treat 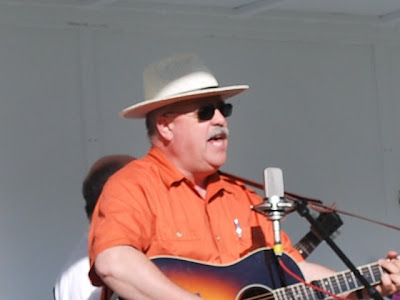 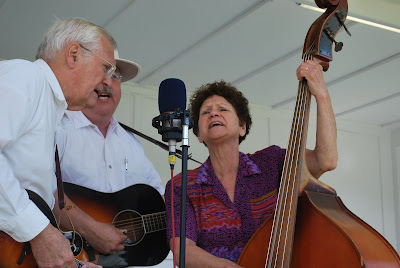 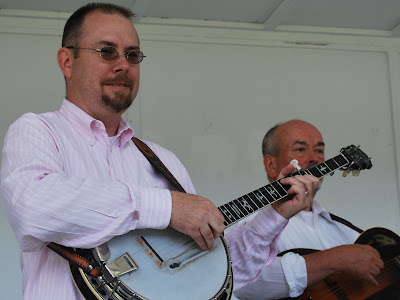 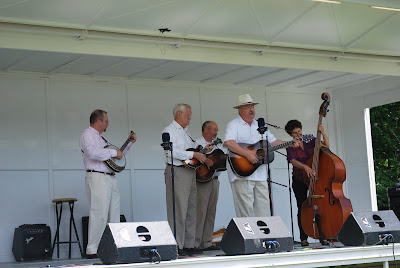 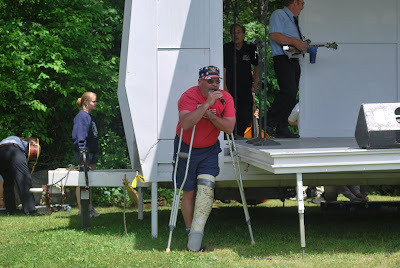 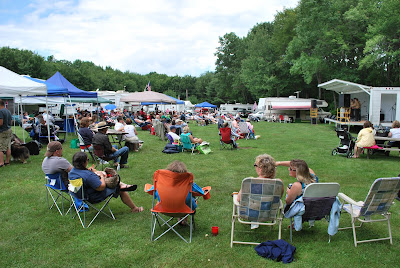 Posted by Jack Holland at 9:10 PM No comments: