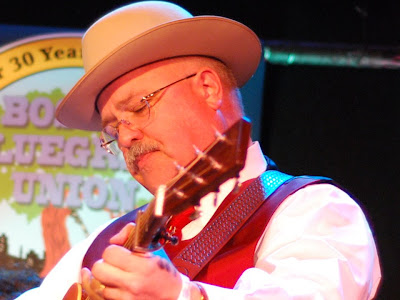 The Oldtime Bluegrass Singers are known for "Traditional" bluegrass delivered with high energy and style. Tunes from the Monroe Brothers, Carter Family and other first generation musicians, sprinkled with some originals from the band. Dick Bowden is known to tell a few tall tales in between songs which makes for an enjoyable set. 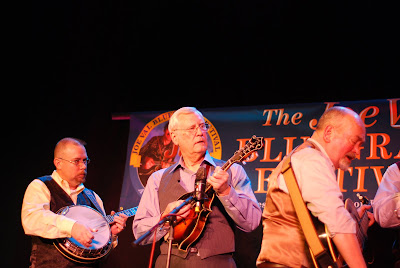 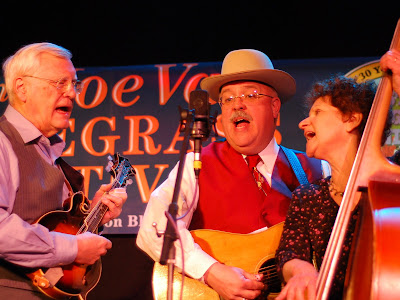 New Found Road earned SPGMA's 2009 Contemporary Gospel Group of the Year award and rightly so, this group is put together tight and offers up hot picking and wonderful vocals. I've never been disappointed by Tim Shelton and his fine band 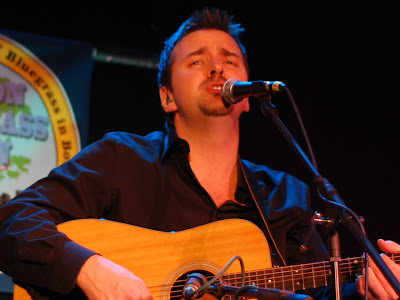 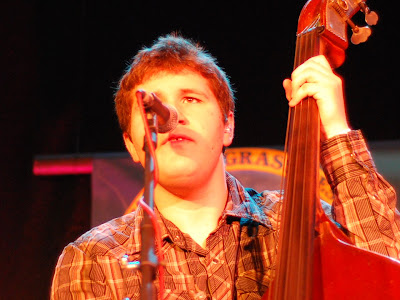 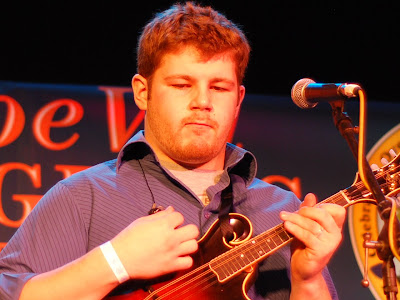 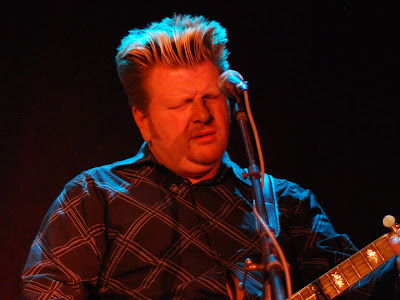 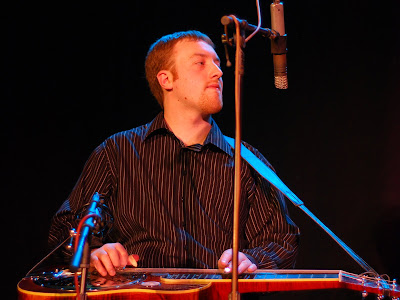 Dry Branch's leader Ron Thomason's political satire is a huge part of this bands popularity and the solid musicianship and vocals don't hurt either. Bluegrass fans love them 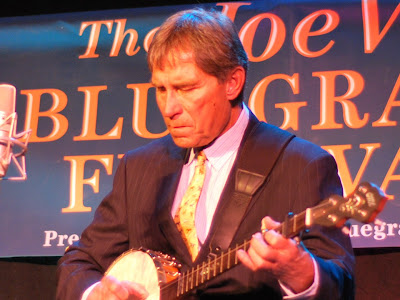 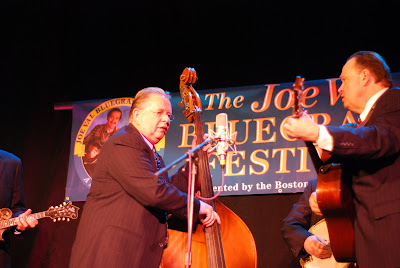 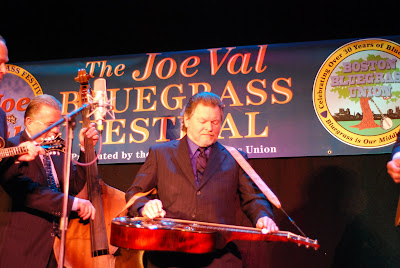 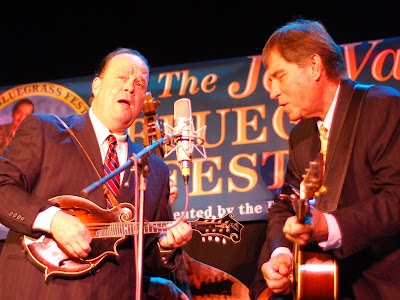 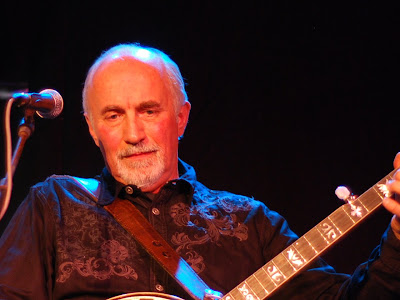 In over 30 years of performing Greg Cahill has always been able to put together a sterling band and this configuration is no exception with Ashby Frank on mandolin and vocals, Justin Carbone guitar and vocals and David Thomas on bass and harmony vocals 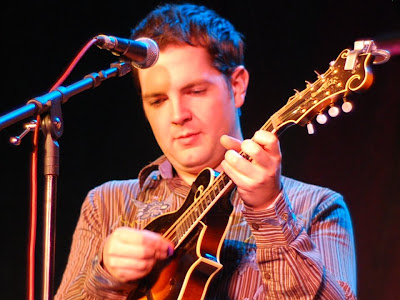 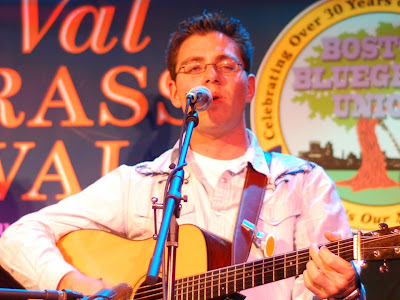 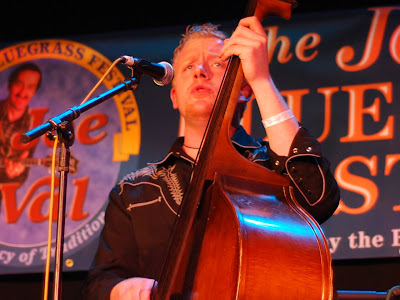 The Claire Lynch band always thrills the audience. Claire's beautiful voice mesmerizes all and Jim Hurst's guitar pickin just can't be beat. Add Mark Schatz's phenominal bass and Jason Thomas's hot fiddle and mandolin and you got your monies worth in fifteen minutes and the rest is free. 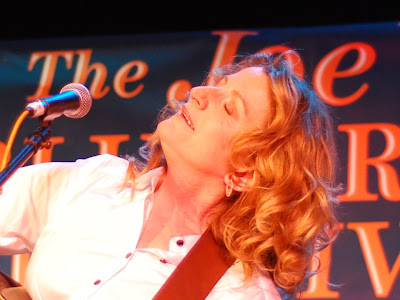 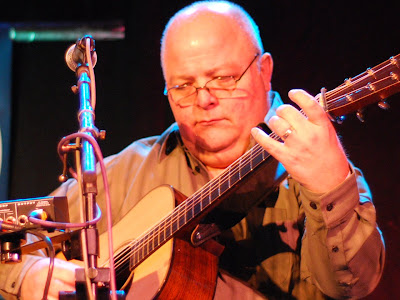 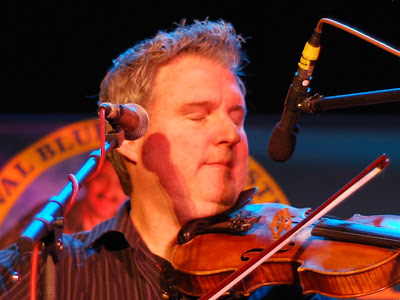 Claire's having some fun watching Mark perform "Hambone" as only he can, Claire's always eager to showcase the many talents of her band 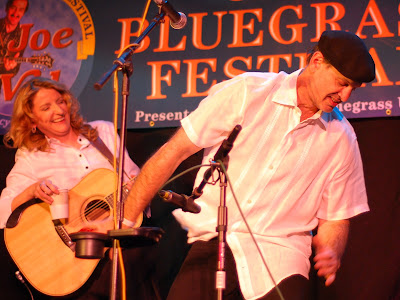 The Kruger Brothers set stands out in my mind as one of the highlights of a super Festival, they played well into Sunday morning, I think it was pushing 2 a.m. when they finally quit. It was an emotional experience with Uwe telling about his dreams of coming to America to play music and how much it means to him and his brother Jens. Of course they're fabulous musicians and they were joined by equally talented musicians, Adam Steffey on mandolin and Bobby Hicks on fiddle. Bobby and Adam looked to be having the time of their lives playing with the brothers. Later in the set Michael Cleveland came on stage to join in with spectalular solo's that could take off and soar for several minutes. Seeing this group of legendary musicians was, as Phil Zimmerman pointed out, a once in a lifetime experience. 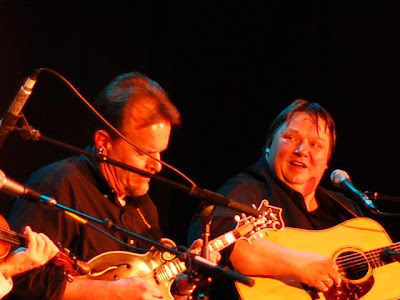 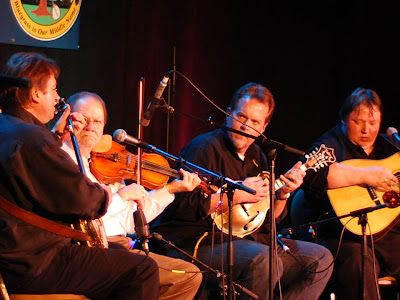 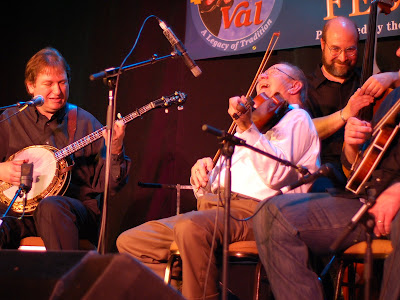 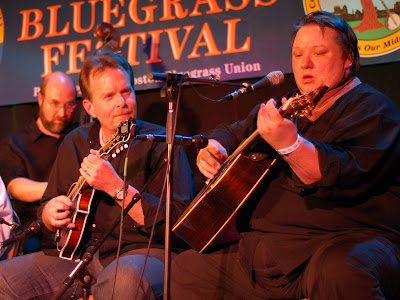 Due to other commitments I missed taking pics of some of Saturdays fine bands.
Posted by Jack Holland at 4:38 PM